Yesterday, it poured and poured.  Thus, we hunkered down and sat out the rain.  As we rested, we surfed the Internet and learned that this area has received about 12 inches of rain since April.  That is a lot of rain.  In fact, that is about a whole year’s worth of rain in Dana Point, California, where we last lived.

Today, the rain started moving out and, as it did, things began to dry out.  So encouraged, we hopped into our little Fiat and returned to the Gettysburg National Military Park.  We wanted to take a tour of the battlefield to see and learn more about this Civil War battle that so impacted the development of our country.

The Park Service offers a guided bus tour which takes you to the major points of interests and has a historian on board who provides a detailed discussion and offers insights on what happened and why during the three-day battle.  It was most interesting and very informative with lots of facts about each of the areas that we saw.

Our first series of stops were near McPherson’s farm where the first day of the battle began as Lee’s army approached from the west and ran into Meade’s scouting cavalry.  Over the course of the day, both armies rushed toward the battle in support.  The day ended with the Confederates pushing the Union soldiers out of the town of Gettysburg and up onto the higher ground overlooking the town.  It was this higher position that ended up being so important in determining the outcome of the battle.

Our next series of stops focused on what happened during the second day’s battles.  During the second day, Lee attacked the two ends of the Union’s line.  A number of these attacks were along the southwestern end of the Union’s position which terminated on a hill called Little Round Top.  General Longstreet (Lee’s second in command) repeatedly attacked this position and while coming very close to taking the hill, ended up being beaten back each time.

VIEWS THAT THE CONFEDERATES HAD OF LITTLE ROUND TOP 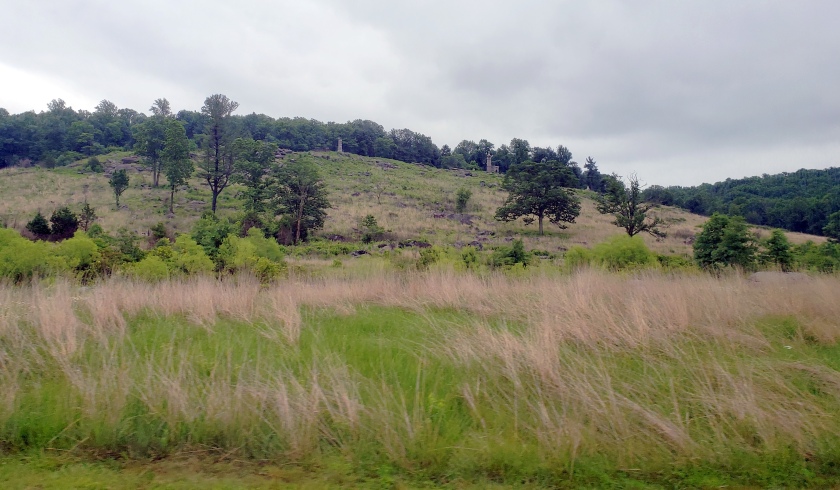 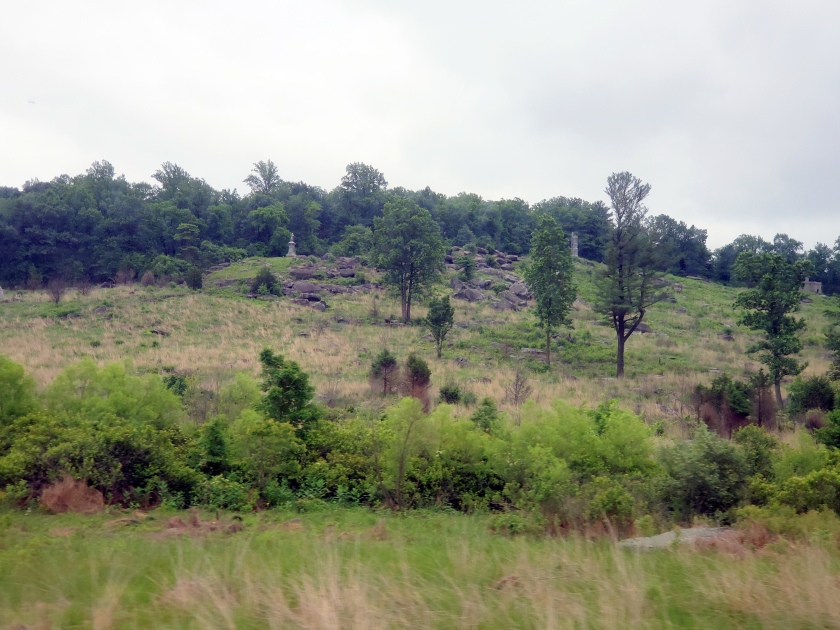 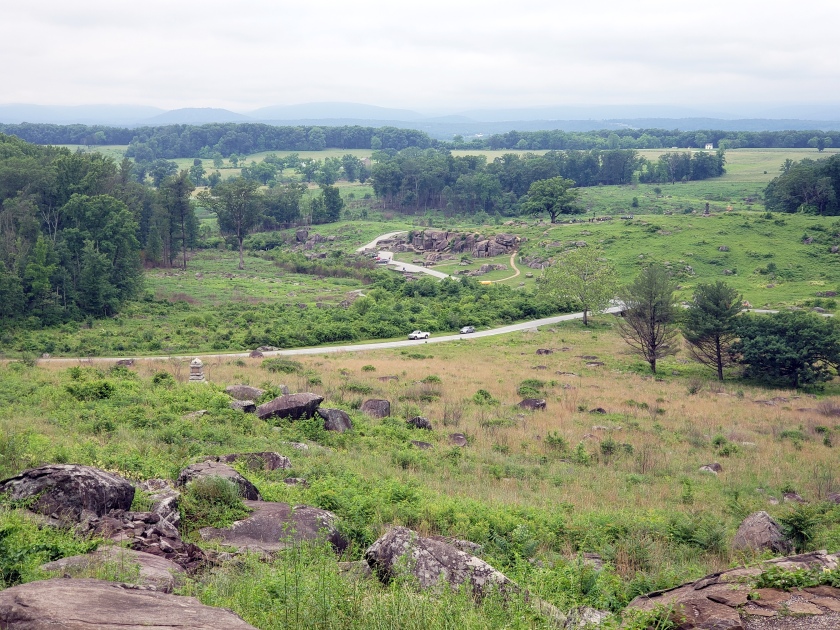 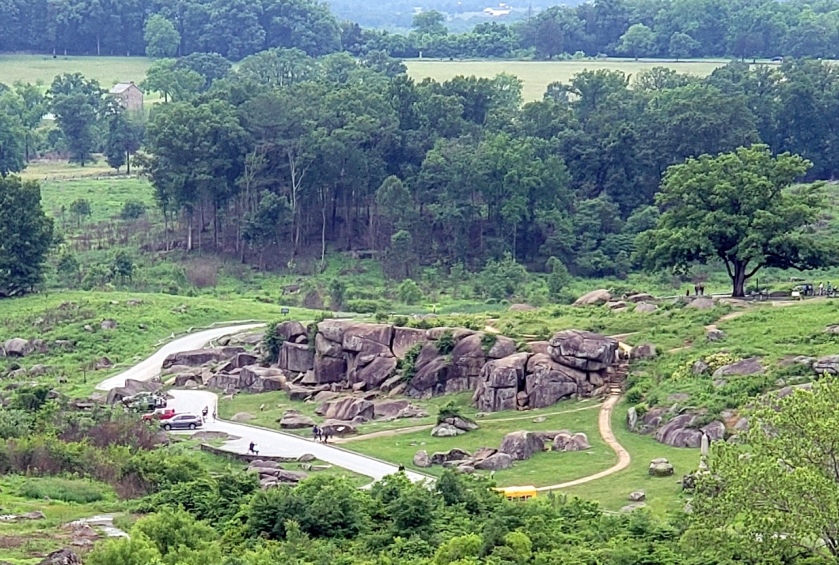 Our last series of stops focused on Lee’s attacks during the third and last day of the battle.  The major attack was General Picket’s charge across the open fields that was between the woods that had hidden Lee’s troops and the Union’s forces along Cemetery Ridge.  This was the center of the Union’s defenses.  Again, Lee’s troop came close to breaking into the Union’s position but was rebuffed each time with a tremendous loss of life.

The tour provided new insights for us into this horrific battle and gave us a better understanding of the slaughter and waste of life that occurred.

Tomorrow we will rest up a bit for our drive to our next campground, which is the Corp of Engineer’s Outflow Campground located near Confluence, Pennsylvania.  This is in the southwestern part of Pennsylvania and is in the western portion of the Allegany Mountains.  It is also near Fort Necessity, where George Washington surrendered to French and Indian forces during the French and Indian War in 1754.