We have spent the last two days exploring the Charleston area.  We really have not yet gone into Charleston proper.  We will be doing that tomorrow.  Instead, we opted to spend one day visiting one of the many plantations that surround Charleston and the other day we spent walking the white sand beach that fronts the Atlantic Ocean near Charleston.

Yesterday, we explored the Middleton Place, built in 1741.  Its property was given to Henry Middleton through his marriage to Mary Williams.  At the time, he had 19 other plantations but this became his main residence due to its location on a bluff overlooking the Ashley River which provided cooling breezes during the hot Charleston summers.  Henry became the second president of the First Continental Congress when its first president, Peyton Randolph, resigned due to illness.  Henry’s son, Arthur, succeeded him to the Second Continental Congress and became a signer of the Declaration of Independence. Arthur’s son, Henry, became Governor of South Carolina, was one of its representative to Congress and also became the Ambassador to Russia.

Rice was the plantation’s main crop up to the close of the Civil War when it was burnt down to the ground as a result of Sherman’s scorched earth policy during his march to the Atlantic.  At that time, it was more or less abandoned and the land sat fallow until 1916 when a Middleton descendant, John Julius Pringle Smith and his wife Heningham began several decades of meticulously rebuilding the plantation’s gardens.  In the early 1970s, approximately 110 acres of the 7,000-acre plantation were placed on the National Register of Historic Places.

The plantation’s gardens were designed based on the principles of André Le Nôtre, the master of classical garden design, who laid out the gardens at Vaux-le-Vicomte and the Palace of Versailles.  However, Henry Middleton added an English twist by including a couple of secret gardens nestled amongst its hedges.

As Mary Margaret and I strolled throughout the expansive grounds, I took lots of pictures which present the plantation better than I could describe. 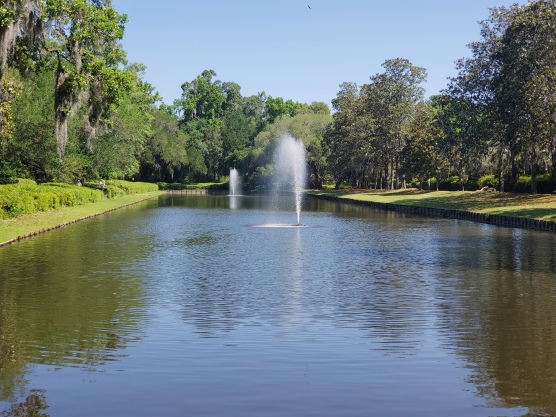 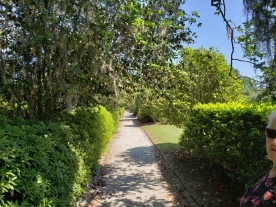 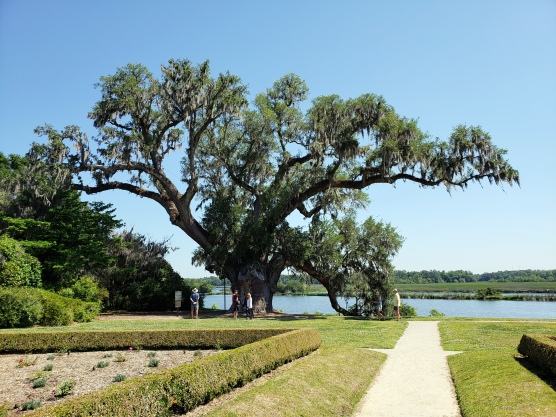 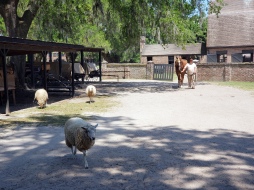 After our tour of the plantation, we enjoyed a delicious lunch at the restaurant on the ground which uses the fruits and vegetables organically grown on the planation.

Today, we decided we needed an ocean “fix” so we drove over to Folley Beach, a seaside town just a few miles from our campground.  It was a cloudless, beautiful day and with a light breeze we so enjoyed walking about three miles.  The water was very pleasant and with a light surf, the scene was to die for.  Unfortunately, I left my cell phone, with its great camera, in the car.  To share with you how wonderful this shore was, I have picked a few photos off the internet so you can see what I mean. 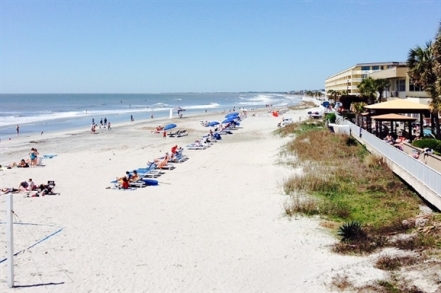 Tomorrow, we will be going into the historic district of Charleston and will also be taking a boat over to Fort Sumter.  It was there that the first shots of the Civil War occurred as the Confederate Army captured the island and its fort that guarded Charleston.