Yesterday, while talking with the docent at the Kuaua village ruins, we learned that there is an Indian casino and a golf course nearby.  That sounded so good that today Mary Margaret and I decided to take a play day.  Thus, this morning we drove the ½ mile to where those establishments were located.  I dropped off Mary Margaret, armed with a fist full of dollars, at the casino while I continued on to the golf course next door.

When I checked in at the pro shop and gave my last name to the pro, I was surprised when he entered it into his computer and then asked me if my first name was Don.  Don is my older brother, who must have played here before me.  He travels extensively around the world, giving speeches and invited keynote addresses in his field of Internet use in education.  My guess is that he visited the University of New Mexico in Albuquerque and while here, took the opportunity to play golf.

The course was absolutely beautiful with lots of water, well bunkered greens that were well maintained and ducks and geese quacking and honking as they lazily paddled in the ponds.  I love playing golf and with a wonderful course like the one I was on was nirvana. 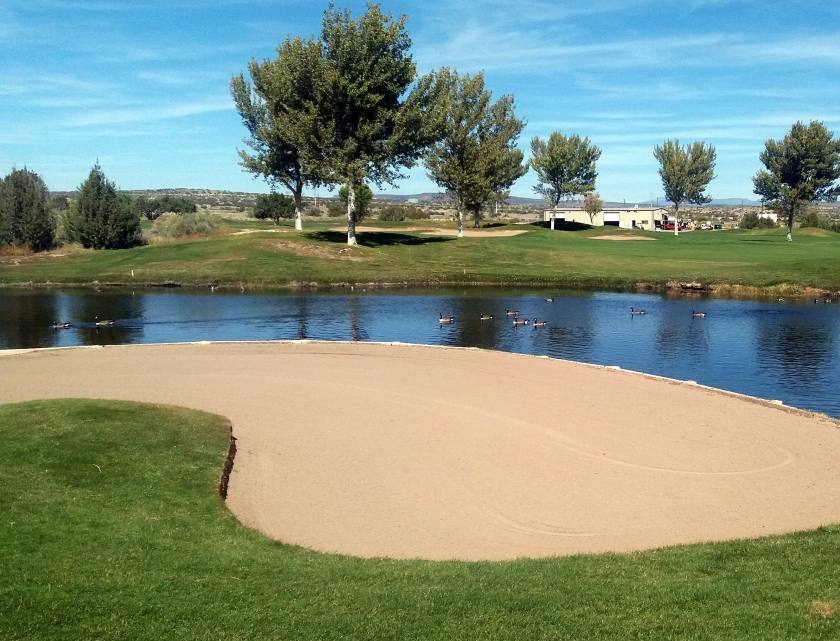 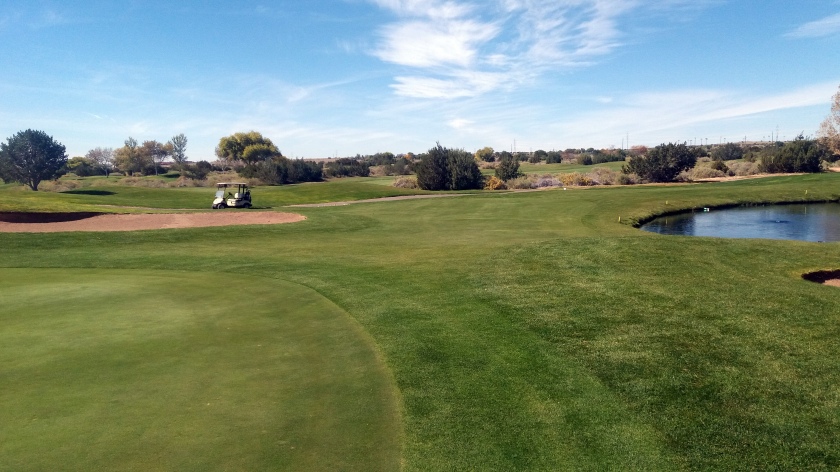 It has been many months since I last played, maybe even over a year, so I had little expectation of scoring well, especially on a hard course such as this one.  However, I was in for a pleasant surprised as I shot a 90 with 4 pars. Whoo Hoo!

When I finished I returned to the casino and met up with Mary Margaret.  She was very excited as she was up over $65 dollars after playing for over 5 hours.  Double Whoo Hoo!

Tomorrow will be our last day in the shadows of Albuquerque.  We have mixed emotions as we want to explore the area some more but, at the same time, want to take a day off and just rest and relax as we are facing a 5 hour drive the next day as we head south to Columbus, NM.