These last few days have been a whirlwind as we try to cram as much into our diminishing time we have left here near Washington DC.  One day was spent in conducting errands such as doing scheduled maintenance on our little Fiat, grocery shopping, banking and picking up our mail that we had forwarded to one of the Reston area Post Offices.  Another couple of days were spent with Mary Margaret’s sister, Lonie and her husband Rich. 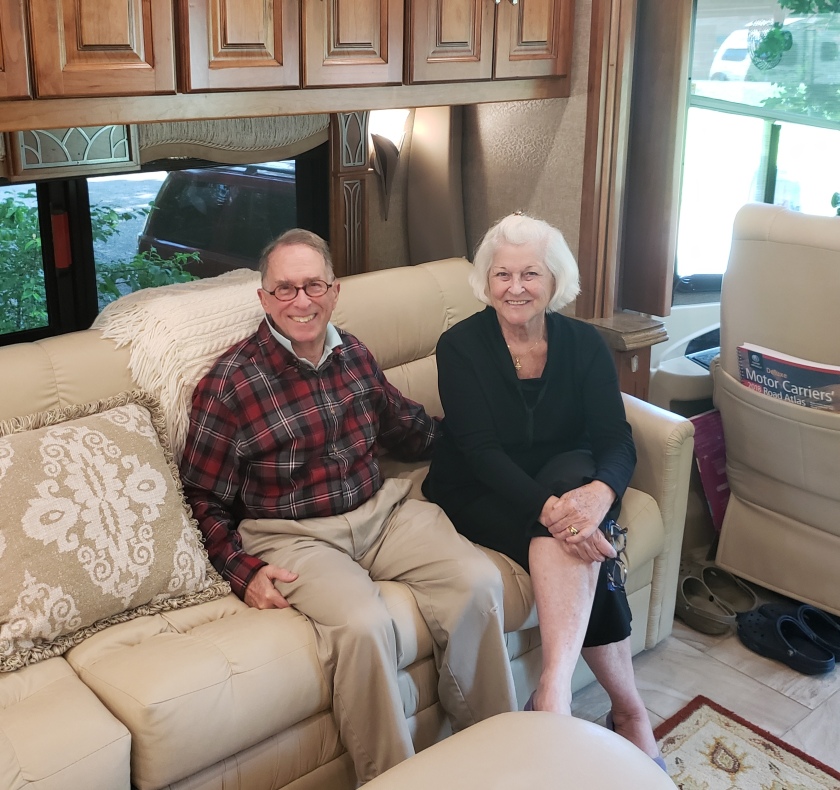 On one of those days they came to see us in LeuC while another day was where we returned to their house for a lunch of Pete’s Pizza, which was delicious.  The fourth day was spent touring the Washington Mall where a number of national memorials and monuments are located.  Specifically, we visited the Jefferson and Lincoln Memorials and the Washington Monument. 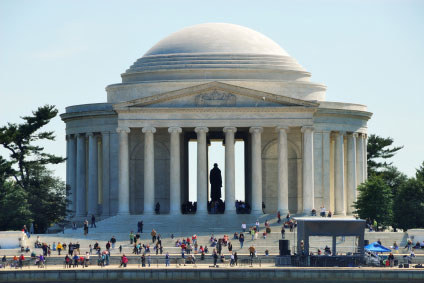 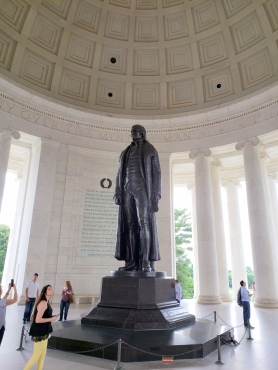 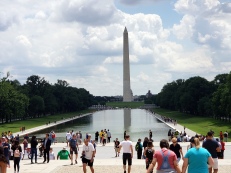 If you have ever visited the Washington Mall you understand how huge it is and how much walking is entailed.  Fortunately, the city runs a bus service that shuttles you around the grounds of the Mall for just $0.50 per person (this is the Senior rate) each time you hop on.  If it were not for this shuttle service, it would have taken us all day and many, many miles of walking to take in just these three sites.  There are many more monuments to see but these were the three we really wanted to focus on.  Actually, my main objective was the Jefferson Memorial.  It has been about 40 years since we were last at that Memorial and I remembered being in awe of the various quotations he had made that were inscribed into the walls of the monument.  I recalled that they captured some of the base values that this country was founded on and that I put so much stock into.  Given the upheaval in values the US seems to be going through with the election of President Trump, I wanted to revisit these quotations and reassure myself of the values that this particular founding father believed in.  I was not disappointed.  I captured them in photos and will share them with you here. 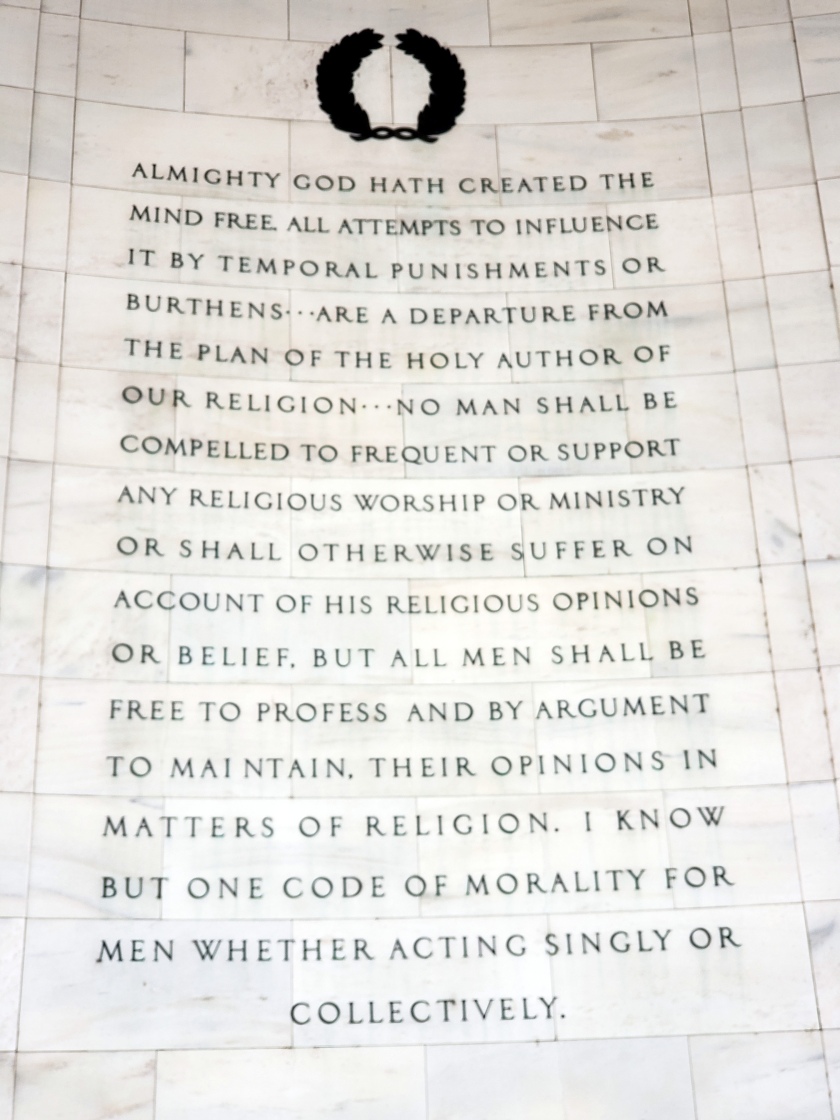 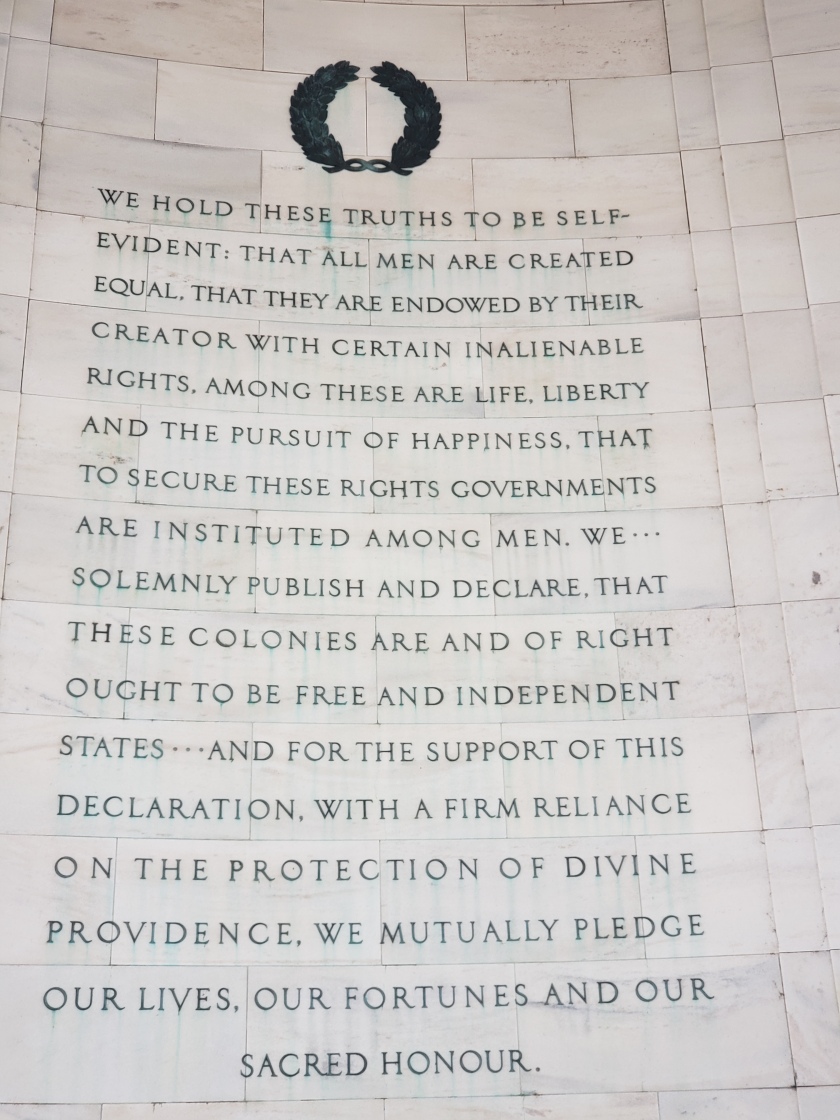 Tomorrow, we bundle up LeuC and make our way up to Pennsylvania to camp near Gettysburg.  We are anxious to return to this Civil War Battlefield which was one of the main turning points of that war.  It also goes to the base values of which we believe this country stands for but seems to be under attack by our country’s current Administration.