We spent our last few days with Larry and Ruth trying to keep up with the high energy they enthuse in the various activities they do.  They both reminded me of the icon for the Duracell battery, the Energizer Bunny.

Before we left, they spent our last two days keeping us fully entertained by including us in a number of activities.  This included Larry taking us to the Florida Caverns State Park where we went on an Earth’s Day guided nature walk while Ruth cooked up a storm for a party they hosted that night for the horticultural club they belong to as a way to say “thank you” to their local agricultural agent who will be leaving shortly. 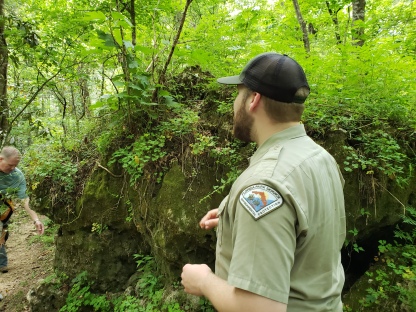 Then, the next morning, we walked to their church, where we participated in its weekly Sunday morning breakfast which is held each week as part of their support of the local community.

Did I also mention that between all of these activities, Ruth found the time to bake and serve to us the absolutely best Key Lime pie that I have had in over 50 years?  I had mentioned in passing to her that I had tried various versions of this iconic Floridian dessert all over the world but none of them stacked up to the very first time I had a slice down on Marathon Key in the Florida Keys as a kid growing up.  I shared with her that maybe my memory was playing tricks on me since my recollection of that very first taste was just so much better than anything else I had tried since.  Ruth said she had a very old recipe that she wanted to share which might come close to what I had enjoyed as a kid growing up.  OMG, she was right!  The tartness of the key lime filling, the tall sweet, fluffy meringue topping, all sitting on a graham cracker crust far exceeding my expectations.  She matched my memory of this delight perfectly.  What a treat! 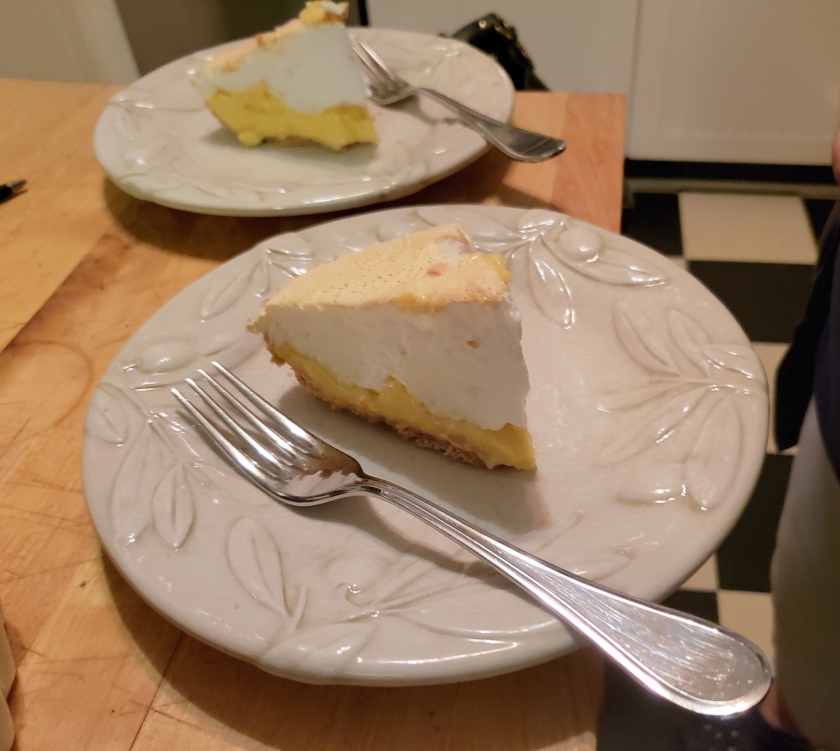 After our church breakfast, we sadly said our goodbyes as we hopped into LeuC to drive east to the Stephen C. Foster Cultural Center Campground.  Our plan was to stay there for a few days to learn a bit about this 1800’s song writer and discover why the State would build this huge park to celebrate him.  This was a mystery to us, especially because Foster never, even lived or visited Florida.  Go figure.

We arrived right before a huge front blew into our area, bring with it lots of rain and wild winds.  We spent the next day hunkered down as it rained for 24 hours.  We later learned that Mississippi, Alabama and North Carolina all suffered tornados as this massive front moved through.

Today, we peeked out our windows and discovered that the sun was shining and that we had survived the storm just fine.  Thus, we decided to run over to the park’s museum and learn about Stephen Foster.  I must say, the museum was pretty strange.  Here was this massive building that had only a few exhibits and a handful of dioramas of scenes from the 1800 era songs that Foster wrote.  Weird!

There were no docents in the building so we were on our own.  As we rambled through the museum, we learned that Foster wrote over 200 songs; among his best-known were “Oh! Susanna”, “Camptown Races”, “Old Folks at Home” (also known as “Swanee River”), “My Old Kentucky Home”, “Jeanie with the Light Brown Hair”, and “Beautiful Dreamer”. Many of his compositions remain popular more than 150 years after he wrote them. His compositions are sometimes referred to as “childhood songs” because they have been included in the music curriculum of early education.  This I can attest to this because I played many of these songs as a little kid on our little 78 rpm record player back in the 1950s.

Foster grew up in Pittsburg, lived a while in Cincinnati, Ohio and died in New York City at the age of 37.  Foster had become ill with a fever in January 1864. Weakened, he fell in his hotel in the Bowery, cutting his head and neck. His writing partner George Cooper found him still alive, naked, lying in a pool of blood. He died in Bellevue Hospital three days later.

Apparently, because of his song “Swanee River”, Florida embraced Foster and built this park and cultural center to capture the memory of the pre-civil war era.  Who knows for sure because this “museum” was one of the strangest things we have ever been to.

The park itself is beautiful and the Suwanee River (it is actually misspelled in the famous song) does flows through it.  Here are the pictures that I took. 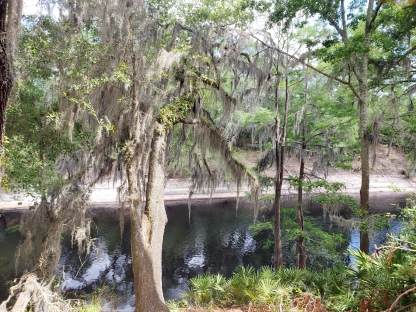 Tomorrow, we drive north into the Okefenokee Swamp, which is the source of the Suwannee River.  We will be staying in the Sate of Georgia’s Stephen Foster State Park to explore this wetland that is filled with alligators.